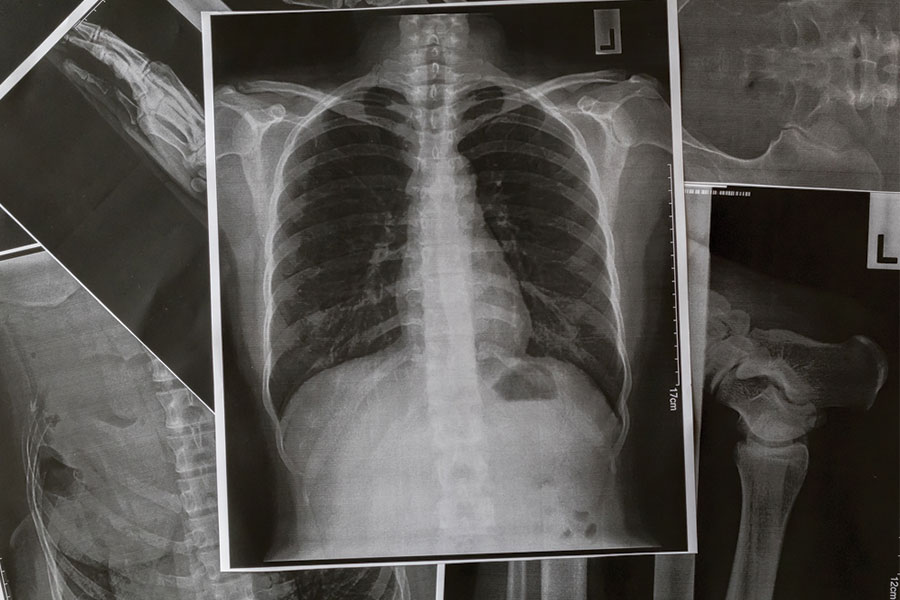 To many people, imaging techniques seem to be the last word in finding out what is wrong with them. In many cases, such investigations, such as X-ray, CT and MRI, can indeed identify the cause of illness or disease, but when it comes to musculoskeletal medicine these investigations are often not the gold standard that patients expect. In this blog, we’re going to look at the reasons why our practitioners are often not in a hurry to refer for imaging.

Let’s start with the big issue that’s in the mind of many patients with low back or neck pain. It’s also the type of case for which patients most often get referred for imaging. The issue at hand is the infamous trapped nerve (a radiculopathy to practitioners).

Such cases can be very painful, and due to media exposure and what patients hear from friends, colleagues and family, patients are often eager to get to the bottom of what’s going on. Patients with pain in their arms or legs therefore often think that by having a scan ASAP we can confirm which nerve is trapped and where.

Practitioners use questions at the beginning of a consultation to determine what a patient’s symptoms might be, followed by examination routines that confirm or rule out any theories that have been generated.

These questions and examination techniques are pretty reliable in assessing the nervous system so in many cases your practitioner may have ruled out any trapped nerve and instead be treating joints or muscles. No need for any imaging, and hopefully a swift recovery.

In the cases where it does seem that a nerve is causing symptoms, most practitioners will still not consider imaging to be immediately relevant since many of these conditions settle on their own. The exception is when nerve disruption runs the risk of affecting more than just muscles and sensation of your arms and legs, in which case prompt action is required. Let’s leave those cases for another day. 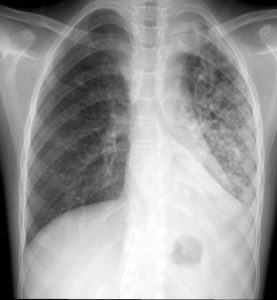 X-rays show bone and consolidation of soft tissue, in this case tuberculosis in the lung. They need to be taken properly so to prevent over- or under-exposure

Where we see symptoms such as sharp pains, pins and needles, weakness and numbness into an arm or leg, the first ten days to two weeks are considered critical, since even some small improvements in this period suggest that the body is taking care of the issue itself.

If on the other hand, symptoms show signs of deteriorating, and particularly if muscles are getting weaker, then imaging might be more appropriate since a worsening condition should always be clarified sooner rather than later.

How relevant is the image?

This topic is always a large talking point with patients. It’s important to understand that to manual therapists, the interpretation of an image is more relevant than the image itself. This interpretation is usually done by consultant radiologists who have trained for over a decade to get to their position. However, they are told nothing about the patient’s condition and are instead instructed to report on everything they see. And wow, they can go to town.

Just imagine if your car was stripped down for examination with 50,000 miles on the clock. Would you find signs of damage? Of course you would! But if your car runs perfectly fine, would you rush it into the garage for work? No!

Patients who get given long reports listing all the damage that has been seen often forget that their body is functioning just fine. The reality is that a huge percentage of people have signs of damage on imaging yet report no symptoms whatsoever! Here are some figures describing patients who have no symptoms:

So now let’s think logically. If you’re 50 years old and in pain, and you have an MRI shows that you have a disc bulge, then there’s no reason to directly accuse the bulge of causing your pain. It may well be contributing, but we can’t simply point the finger at it since it may well have been there long before your pain started.

Pain is a complex subject, with multiple channels for noxious signals and many ways in which these signal can be augmented, right from the tip of your finger to the deepest parts of your brain.

This means that even if your MRI report shows a clean bill of health, you might still be in pain. Trust us, it happens. Conversely, there are patients who have extensive signs of damage in their body who are not in pain. So it seems presumptuous to just order imaging of a patient and decide from the image alone that anything out of the ordinary is responsible for pain. It just doesn’t work like that.

No Time Machines or MRI movies 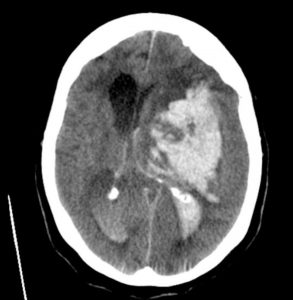 CT scans are a mathematical montage of many X-rays, and are particularly useful for brains. Here there is a bleed in the right hemisphere.

It may sound flippant, but a major hindrance to formulating a diagnosis from imaging alone is that we rarely have an image from before the pain started. A patient might have lifted something too heavy on Wednesday that caused them low back pain. They might then have had an MRI on Friday that shows a disc bulge, but without an MRI from Monday that shows there was no disc bulge, it can’t be proved that any disc bulge seen on Friday is causing the symptoms. As we saw above, many patients are walking around with bulges and degeneration, yet are symptom-free.

One of the fundamental facts to manual therapists is that we treat mechanical problems. That is, if a patient gets pain when they move, we have the tools to examine and treat them. So just how useful can a still image be?

It’s common to see patients who get pain as they go from sitting to standing, or as they turn their heads, but there isn’t a machine in the world that can scan this process and show how the tissues of the body are being stressed as they move. Maybe one day?!

We also see plenty of patients who are in pain sitting or standing and find relief lying down. That would suggest something mechanical causing symptoms eg the pressure of gravity pressing down on a disc and causing it to swell. But if MRIs are all taken lying down, how can we form an appreciation of such an issue? (There are some MRI scanners that allow standing images to be taken, but they’re few and far between)

And for our finale…

This is probably the most disturbing thought, and it comes from recent research. In late 2016, researchers sent the same patient, a 63-year old with sciatica, for 10 different MRI scans in 10 different hospitals. Here are some of the results:

Now, these results come from only one small study (Herzog, 2016, PubMed: 27867079), but reading such results certainly raises questions about the perceived reliability of MRI. Instead, it is a lesson about the complexity of the human body and how many secrets it still hides from us. It is also a lesson about the nature of interpretation, but we’ll leave that for another day.

In defence of imaging

So, we’ve been quite critical of imaging in this blog, but let’s face facts. This blog has been written from the perspective of manual therapists who are skilled at making decisions about patient management based on interview and examination. When we need imaging, we get it. We hope to be right when we seek to confirm our diagnosis, and we also regularly hope to be proven wrong when we try to rule out other, more sinister, conditions.

Many lives have been saved with X-ray, CT scans and MRI, and many rare conditions that are outside of a practitioner’s scope of practice have been caught. But there have also been many failed surgeries based on poor diagnosis. 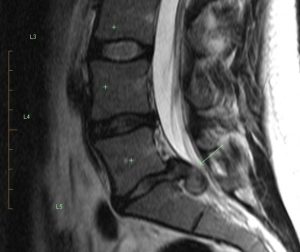 A lumbar spine MRI taken as if slicing from front to back can show alignment of the vertebrae, and also the integrity of intervertebral discs. Here we have a considerable leakage of disc material.

Of real concern is that there are too many perfectly healthy patients living with fear, avoiding activities they love, and all kicked off by an incorrect interpretation of their imaging.

If this blog raises any questions for you, or if you think you’ve been the Victim Of Medical Imaging Technology (known as VOMIT!), then there are many skilled, knowledgeable manual therapists who can guide you through the foreign language of your report. They can educate and reassure, and help you get back to health. Here at OpenHealth, we’re ready to help.