Some Thoughts on Rotation 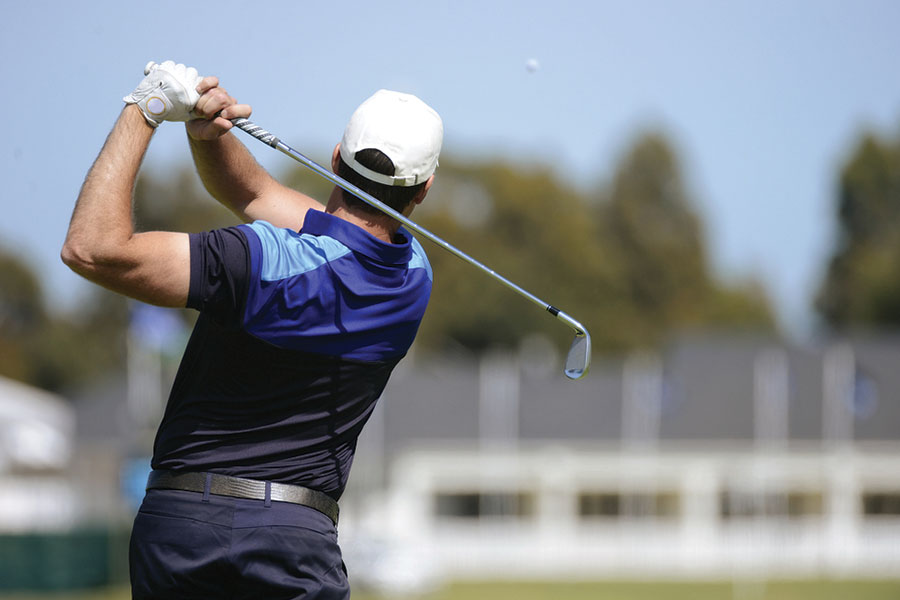 18 Nov Some Thoughts on Rotation

One of the movements that our practitioners look at with a lot of our patients is the ability to rotate. Can you rotate when you need to? Or are you rotating too much when you shouldn’t?

Often, our patients tell us that they do some rotation exercises each morning, typically lying on their back, pulling one leg to their chest and then pulling it across them to create some rotation in their lumbar spine. All well and good as a general mobility exercise, but problems can arise when back pain sets in.

Back pain typically involves either the facet joints of your spine, the discs that fit between your vertebrae, or the joints at the back of your pelvis. Typically, these structures can all be irritated by rotation, and whilst it is a good idea to make sure that they are able to rotate nicely for day to day activity, when they start to get inflamed and painful, the best thing perhaps is to cut down on rotation.

But how do these structures get inflamed in the first place? Well, again, we most likely need to consider rotation as a culprit:

So what can we do?

It is important in most cases of back pain to remember that the body is a whole object and that the spine is only one part of it. Commonly, the spine has to compensate for asymmetry elsewhere. It also has to work as the sum of its parts, and that means it relies on an equal contribution to movement from your neck down to the base of your back.

The part that most often gets forgotten is the thorax. Well, not forgotten exactly, as everyone knows that it contains the heart, lungs, stomach, and many other important organs. But perhaps people think that it is a protective cage for these organs, and forget that it is a moveable object with the ability to flex, extend, and most importantly perhaps, to rotate!

You mean it moves?! 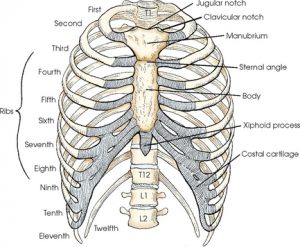 The thorax is a complicated structure, with over 130 joints! That means it can move…

The thorax is made of 12 vertebrae, 12 pairs of ribs, and the sternum. So 37 bones (not taking into account that the sternum is made of three fused bones!). Then there are the discs between the vertebrae and the costal cartilage that joins the ribs at the front of your chest.

There are also discs between the vertebrae and also various pieces of costal cartilage that join the ribs to your sternum at the front of your chest.

Each vertebra articulates with the one below via two facet joints, and of course to the one above via another two. And lest we forget that the ribs also attach to the spine, nestling in between the vertebrae with three (yes, three!) joints to attach each rib.

So the thorax now seems less like an immovable, protective barrel of bones, and more like a complex piece of kit that can move in all sorts of ways, absorbing all sorts of forces. Which is just as well when you start to look at all the muscles that attach to the thorax (let’s leave that for another day…)

What’s the point of all this?

One of the most common changes we see in patients as they age is a loss of movement through the thorax. We all know that elderly people might adopt a posture of being flexed forwards, and many patients nowadays worry about the long-term effects of being sat at a computer or in their cars, seemingly permanently bent forwards. We also now see growing concern at children spending too much time on their phones and tablets… 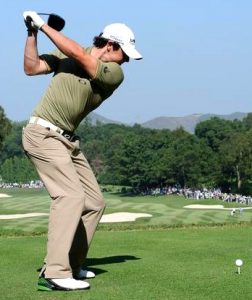 But we forget that as the thorax loses the ability to move from bent forwards to upright, it also loses the ability to rotate. That puts more demands on the surrounding areas of the spine to permit rotation. And that explains why we see an awful lot of patients with low back and/or neck pain. Who, in turn, are confused when we start to treat their thorax!

Let’s have a quick look at golf as an example. Just look at how much rotation there is as a golfer winds their body up ready to unleash the stored energy towards the ball. What would happen if the thorax was unable to provide that rotation? 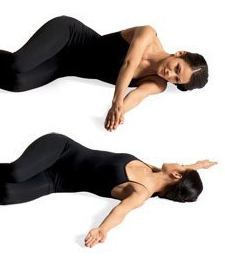 Rotating from the top-down is often a healthier movement, and targets the thorax as well as the lumbar spine

So all of these complaints might be alleviated through maintenance of a mobile, supple thorax. And this can easily be achieved with some basic exercises, and perhaps some hands-on treatment to get the ball rolling and later on to maintain that fluid movement.

If you think that any of this sounds like you, we would suggest that you come and see one of our practitioners for assessment and advice. It may be a that a few, daily, rotation exercises could stave off that lack of thoracic movement, and add a layer of protection for the rest of your body!